You are browsing archives for 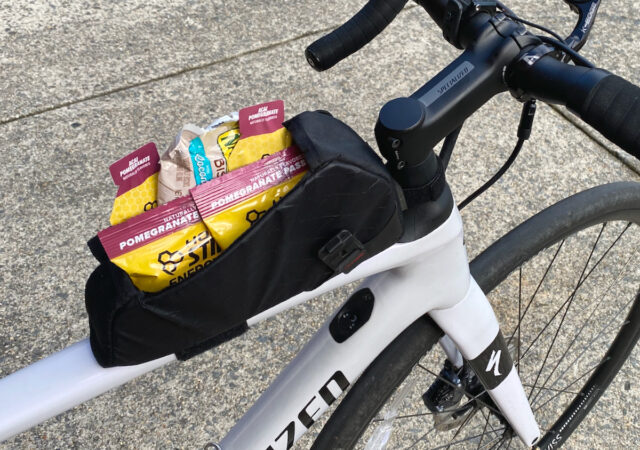 Disclaimer: This post contains affiliate links…   Fueling, My Biggest Challenge As a marathoner, I always said, “Point me in a direction and I can run forever.” Bonking when running was never a problem, but when cycling… Learning how to avoid bonking while cycling versus running took a little while for me to figure out. […]

A Simple Training Plan Always looking to for a challenge and to push it to the next level, Bill and I registered for the August 22nd Reston Century. My training plan was pretty simple… • Spend more time in the saddle with three to four rides per week • Ride at least one 70-miler • […]

Disclaimer: This 41-Mile Mount Weather Climbing Tour recap contains affiliate links…   Destination: Top of the Mountain Mount Weather is easily identifiable from the many roads traversing western Loudoun County and is often a convenient landmark during our gravel rides. From down below, the open clearing on the spine of the Blue Ridge Mountains is […]

Disclaimer: This Loudoun 1725 Gravel Grinder recap contains affiliate links…   This Is Not a Race The 1725 Gravel Grinder ended up being one of the most fun events in which I’ve participated in a very long time. Even though we had no intention to race the 40-mile event (60 and 80 milers were also […]

Disclaimer: This Tour de Madison Metric Century recap contains affiliate links…   Road Trip for a Bike Tour Cyclists have been riding the beautiful rolling hills of Madison County, Virginia the third Saturday in May as part of the Tour de Madison since 1988. After the tour was canceled in 2020 due to the coronavirus […]

Disclaimer: This 41-Mile 1725 Gravel Grinder Practice Ride recap contains affiliate links…   Riding the Course Before the Race Bill and I, along with some of our cycling friends, are registered for the Loudoun 1725 Gravel Grinder in mid-June. Even though it’s a race, we’ll be riding at party pace taking pictures along the way. […]

Disclaimer: This 23-Mile Mount Vernon to DC Loop Spring Tour recap contains affiliate links…   Riding Along the Monuments and Memorials It was a glorious day for a roundtrip ride with our friend Barb into DC from Mount Vernon. With the sun shining brightly and the temperature rising from 61° to 68°, we couldn’t have […]

Disclaimer: This 37-Mile Gravel Loop from The Plains to St. Louis recap contains affiliate links…   A Little History Before Starting Our Ride I had planned to sleep in, but FOMO won out and I agreed to join Bill and our friend Ed for a gravel ride on a course Bill had raved about for […]

Disclaimer: This 27-Mile Bull Run Mountain Brutal Gravel Grinder recap contains affiliate links…   Climbing a Mountain on Loose Gravel The thought of climbing a mountain on my gravel bike was just intriguing enough for me to agree to join Bill on the 27-mile route he offered up for our Saturday riding adventure. Short, sweet, […]

Disclaimer: This recap of Deb’s 63-Mile LoCo Birthday Tour contains affiliate links…   I’m Barely Older Than a Metric Century Back in the fall after I completed my first metric century, it dawned on me that if I could ride 62.13 miles, I could certainly ride my age on my birthday, a mere .87-mile farther. […]

Disclaimer: This recap of our 45-Mile White’s Ferry Sugarloaf Tour contains affiliate links…   Climbing a Mountain, but First Let’s Ride a Ferry To say that I was excited to ride White’s Ferry across the Potomac River from Virginia to Maryland for the first time after living in Loudoun County for 36 years is an […]

Disclaimer: This recap of our 27 Miles of Loudoun County Gravel Perfection ride contains affiliate links…   265 Miles of Historic Gravel Bill and I had several group options for our Saturday ride, but ended up doing our own thing. After a relaxing morning while giving the temps a chance to move out of the […]

Why a Metric Century Now Those who know me know I’m very competitive, especially with myself, and when I take up a new sport or hobby I feel a need to give it all I’ve got and that’s exactly what came into play when I started riding more seriously this summer. A self-declared cardio junkie […]

Disclaimer: This recap of our 55-Mile Harpers Ferry Tri-State Tour contains affiliate links…   Three States, One Ride After a fun ride last weekend with the Prince William Cycling Club, I decided to join the group once again, this time for a scenic ride from Leesburg to Harpers Ferry. About a dozen cyclist showed up for […]